It is on the page of Pressure sensor for space rocket

Space rockets are produced by combining high-precision parts. This time, MinebeaMitsumi has developed a high-precision sensor to measure a wide variety of pressures that are vital in controlling rockets. Ultra-precision was a matter of course in order to achieve the strength and robustness to withstand the particular environment in space, and highly advanced technologies were called for as well so as to compete effectively with the globally accelerated space industry. MinebeaMitsumi has produced parts for the aviation industry since its inception, but the manufacture of products used in outer space is another story. Taking full advantage of its expertise acquired to date, MinebeaMitsumi was able to successfully produce pressure sensors for space rockets on mass production lines.

The strain gauge capable of measuring a variety of "forces"

Since the specifications required for different products vary depending on the application and operating environment, the materials and shapes need to be adjusted accordingly. They are broadly divided into metal foil strain gauges and semiconductor strain gauges, and MinebeaMitsumi customizes an appropriate substance for optimal application among numerous materials. Development originally began for use in detecting stress applied to aircraft, and the technology has been adopted in the automobile strength analysis and the like as well. The technology is currently applied to large-scale measurements from the load capacity of heavy-duty trucks and the weight of wine casks to the load cell for precision scales used in shops and beverage bottling. Applications also include weight scales for microwaves, pointing devices for PC keyboards, force sensors for medical equipment measuring intravenous tube pressure infusion, and the soil pressure system for tunnel shield excavation. MinebeaMitsumi is active in a wide variety of applications, from torque sensors for detecting the torque of a motor vehicle engine to a pressure sensor to measure pneumatic and hydraulic pressure. In recent years in the North American market, a sensor for measuring the weight of the occupant has been mounted in the passenger seats of automobiles in order to control the deployment of airbags during a collision.

The Road to the development of pressure sensors for space rockets

MinebeaMitsumi has transferred Shinko's technologies to its sensing device business unit, and since 1974 produced strain gauges and a variety of sensors applying that technology. After twenty years, in 1996, MinebeaMitsumi started developing the first product for use in space upon the request from Mitsubishi Heavy Industries to develop pressure sensors for the H-II A rocket, which used a MinebeaMitsumi pressure gauge in engine test equipment for the previous space rocket. The development of parts used in space, which can withstand the harsh environment, stands in some sense the pinnacle of manufacturing. This called for a production system satisfying the need to develop products that are highly waterproof, anticorrosive, and further, capable of achieving a stable supply of parts. MinebeaMitsumi's challenge toward both high reliability and stable supply has begun.

The ultra-high quality required at the pinnacle of manufacturing

High durability and reliability are required to withstand the harsh environment in space, as the slightest error can lead to serious accidents in parts mounted on a space rocket, which is completely different from the environment on earth. The metal foil strain gauge for mass production allows up to 0.5% total error in general measurement, but in products for use in space, only up to 0.2% error is allowed. Therefore, in order to achieve high precision, silicon on sapphire (SOS) is used as the base material, which is made by growing sapphire crystals with a layer of silicon on a sapphire substrate. Sapphire has excellent mechanical properties, allowing for higher accuracy in detecting pressure. In addition, sapphire is the most optimal as a material for use in space because it can withstand the high temperature of 380 degrees Celsius, and it is resistant to cosmic rays such as gamma rays. 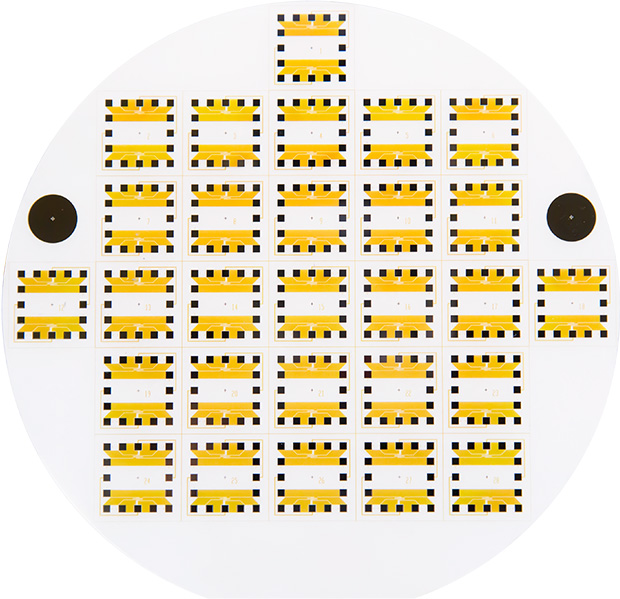 Since sensors mounted on space rockets are placed under harsh environments, they are subject to rigorous environmental testing through vibration tests. Since even slight impurities in the liquid oxygen and liquid hydrogen that make up rocket engine fuels could result in a fatal chemical reaction, thorough cleaning is performed. While specialized inspection equipment for use in space is prepared, a final in-house quality control is implemented. In order to maintain a cost benefit in the process of production, we do not prepare the production line for use in space separately, and use the same mass production line as the one for consumer products. Firm management of the people, facility, and production in manufacturing enables production of value-added expensive products on a production line for consumer products, and the expertise and production members' skills cultivated in this experience are applied to produce other measurement sensors. 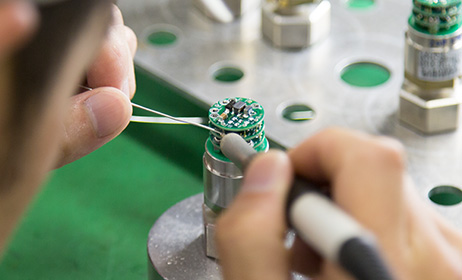 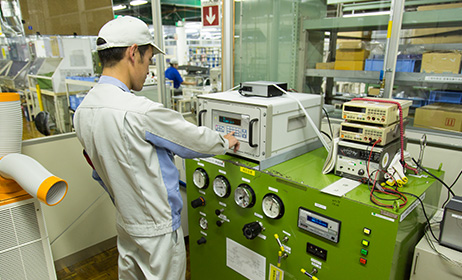 The crucial difference between mass-producing products and products for use in space is the method of maintaining the production process, in addition to the characteristic difference in the products themselves. It is common to implement PDCA cycle in the process of mass production, with a view to gradually increasing product performance and productivity, but for the products used in space, once the application to solidify the design is passed, the subsequent production process must be maintained without any changes. It is extremely difficult but essential to have this brand-new concept taken root in employees involved in production, and the way to pursue efficiency in the process presented a significant challenge. Interaction among employees increased as the development advanced, and they came together and worked diligently toward the goal with a sense of strong solidarity, as they enjoyed watching the live relay together at the time of the rocket launch, for example. MinebeaMitsumi will always take up the challenge of manufacturing with the common goal of continuing to pursue ultra-precision. 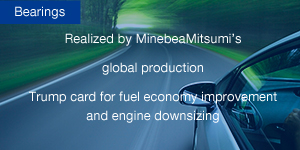 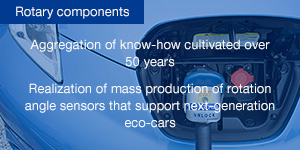 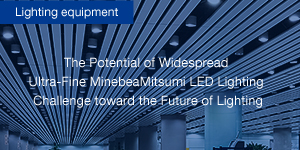 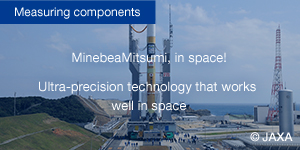 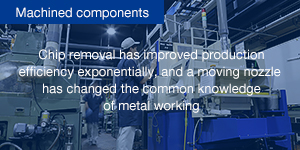 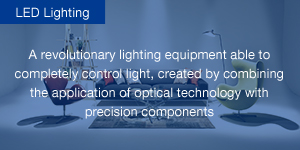 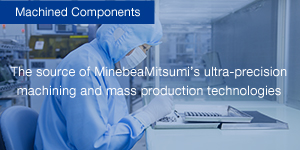 Back to the top of the Our Strengths page